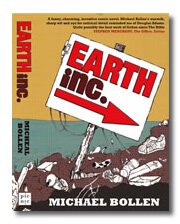 So, several people have now contacted me to say that I didn’t invent the pie trick detailed in yesterday’s blog.  In fact, I’ve had more comments about the pie than any other topic covered so far.  Pies are clearly a subject close to our hearts, hearts which are presumably clogging up with pastry even as I type.  Caroline, you mention in your comment that you don’t know what to write about when you take over this blog next week, well, it appears I’ve stumbled across a universal truth – the public want pies.

Anyway, I will reluctantly concede that I didn’t invent the pie trick, or at least that I’m not the only one to invent it.  This is a great shame, as until today I had counted it amongst the major achievements of my life.  I was pretty much counting on my innovative foil removal technique swinging the balance in my favour when St Peter tots up my life’s work outside the gates of Heaven.  However, I do still claim ownership of one variation of the trick – the one where you try it with a pie that’s far too deep, and end up covered with steaming gravy.  That one’s mine.

You may have noticed something a little strange about yesterday’s step by step explanation of the pie trick.  Everything was fine until we reached step eight, at which point the number eight and its following bracket somehow turned into a smiling face wearing sunglasses.  Now, as a writer I naturally despise ‘smileys’.  Writers hate smileys like chefs hate ready meals.  You have all the words ever spoken at your disposal, the finest ingredients known to humanity are there to be combined in new and exciting ways.  Are you really saying that nothing can express your position better than a drawing of a smiling face wearing sunglasses?

Smileys are clearly a backward step in the evolution of recorded language.  We’ve moved on from the days of Egyptian hieroglyphics, when, if you wanted to write about a river, you had to draw a picture of a river.  (I think that’s how hieroglyphics worked.  I probably should have done some research into ancient Egypt, but I made my position on that sort of thing quite clear yesterday.)  In fact smileys probably take us back even further than that, back to cave paintings of mammoths and the like.  In those days, pictures were perfectly adequate, since the communication being recorded was no more complicated than a caveman seeing a mammoth, pointing at it and grunting ‘Ma-mmoth.’  Personally, I think I’ve moved on a bit from there, but if you use smileys, I guess your own position is somewhat different.

(Incidentally, sorry if today’s blog is a bit grumpy and light on jokes.  Last night I was too lazy to write, so I decided it would be much easier to get up at six in the morning and write it before going to work.  What an idiot.  So if you’re not enjoying it as much as you have on previous days, that’s just my way of sharing the misery.)

And another thing annoys me about yesterday’s smiley debacle.  It seems that ‘smiling face with sunglasses on’ is now the default meaning of the number eight followed by a bracket.  Someone somewhere thought, ‘Hey, no one writes lists with more than seven things on anymore.  Get with the times Granddad.’  This idiot assumed that, in all cases, a smiling face would be more appropriate than a number eight, and I don’t think that’s true.

“…Lieutenant Jones ran up to his commanding officer, brandishing a piece of paper.  ‘Call off the air strike chief, I’ve got the kidnappers’ demands.’
The grizzled chief stared at him moodily.  He’d been up since six o’clock that morning.  He didn’t have time for this horsecrap.  ‘We’ve already had five demands from these goddamned sons of bastards,’ he snarled.  ‘How many more do they want?’
Lieutenant Jones swallowed nervously.  ‘There was a second page to their fax,’ he said.  ‘The machine had run out of paper.’
The chief winced.  His old injury was playing up again.  His hand had never been the same since he burnt it on that pie back in ’82.  ‘Fax?’ he bellowed.  ‘Who in the name of hell sends faxes these days?’
‘That’s not important right now,’ said Jones.  ‘I think you’d better listen to this.’  He began to read.  ‘“Re: Demands.  One hostage will be killed every twenty minutes if the following additional demands are not met, as per the first page of our fax (attached).  Six: Safe passage to the nearest airport.  Seven: All political prisoners to be released immediately.  Cool Dude Smiley Face: All enemies of the revolution are to be slaughtered, the streets running red with their blood…”’

Actually, I’ve changed my mind, that lightens the mood quite nicely LOL

This entry was posted on Thursday, July 10th, 2008 at 11:07 am and is filed under Earth Inc by Michael Bollen. You can follow any responses to this entry through the RSS 2.0 feed. You can leave a response, or trackback from your own site.

One Response to “Earth Inc by Michael Bollen”