Too little, too late – the politics of climate change by Colin Challen MP 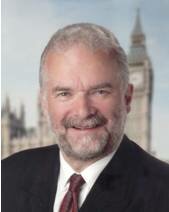 Thankfully the exchanges yesterday between Cameron and Brown were relatively brief, and my turn to ask a question of the Prime Minister duly came with minutes to spare. I raised the issue of British funding for Kopernikus, the satellite earth observation system which will greatly increase our understanding of climate change. It is funded by member nations of the European Space Agency, who each expected to cough up funding proportionate to their GDP. Sadly, the UK never has, despite our having a leading role in climate change science. Gordon seemed sympathetic to the case and agreed to meet me. Indeed, this happened forty minutes later. The last time I used PMQs to ask for a meeting – it was Tony Blair and the subject was increasing the funding for microgenerated energy – an extra £6 million was rustled up, but the outcome was not quite as expected, a story I relate in my forthcoming book to be published by Picnic early in the new year. Even though the economy now feels cash-strapped, we cannot afford to ease up on climate change. With the Climate Change Bill now closer to Royal Assent, with the last House of Commons stages dealt with the day before yesterday, we may be forced to rethink all the practical steps we are taking if we are to meet the legal targets it lays down. I’m not sure people, either in government or generally have yet assimilated the scale of the challenge . . .

This entry was posted on Thursday, October 30th, 2008 at 2:10 am and is filed under Climate Change by Colin Challen MP. You can follow any responses to this entry through the RSS 2.0 feed. You can leave a response, or trackback from your own site.

One Response to “Too little, too late – the politics of climate change by Colin Challen MP”