Why the Bilderberg Group is still relevant . . . 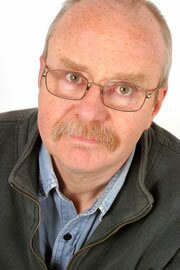 It has been a while since I last wrote something for this blog. I’ve been busy producing another issue of Lobster and I’ve been thinking and reading and thinking; and I am not sure I have anything sensible to say about the present economic crisis. (If comment could solve it, the crisis would have been solved long since.) Sort of related to ‘the crisis’, I have been reading/skimming the Tom Bower biography of Gordon Brown.
It is what you would expect if you have read any Bower: thorough and sort of brutal – with omissions caused by his methods. Bower believes the way to write a biography of Gordon Brown is to talk to people who knew him and/or worked with him (and especially those whom Brown fucked-over, who have lots to say.) This gives us lots of interesting glimpses of Brown’s behaviour – Brown is presented as the slightly autistic careerist we know about already – but omits crucial information.

For example, Bower reports that the young Brown met Bill Clinton at Baden-Baden in Germany; but doesn’t tell us that it was at a meeting of the Bilderberg Group. Perhaps Bower simply doesn’t know this. Does this matter? Yes it does, because the fact that these two youngish, rising social democrat politicians were invited to Bilderberg and then went on to achieve the highest political office is significant. Bilderberg has several functions, one of which is to present young politicians to the movers and shakers of global capitalism. Evidently Clinton and Brown passed their inspection.

Bower also omits – again, perhaps he doesn’t know – the fact that when Brown went to Baden-Baden, his then political boss, Labour Party leader John Smith, was on the Bilderberg Group’s steering committee. This single fact tells us that there is a great deal about the late John Smith that we don’t know – and there may be aspects of the rise of New Labour with which we are similarly unaware. Just to take one example: in the received version of New Labour, one of the episodes is the so-called ‘prawn cocktail offensive’ of the early 1990s during which Smith, the late Marjorie Mowlam and Brown toured the City of London trying to reassure the bankers that, if elected, Labour would not trouble them. But since Smith had been on Bilderberg’s central committee and Brown had attended one of its meetings, many of the bankers with whom the trio were lunching must have already heard that Smith and Brown were going to be compliant if elected. So what was the so-called ‘offensive’ about?

Many political commentators have commented on the way in which ‘the crisis’ has put a spring in Brown’s step; and the apparent rise in Brown’s international status as the British government and Bank of England sprang quickly into action in attempts to restart the inter-bank credit market which is one of the causes of the gathering depression. But public opinion has not really followed. The Tories are still ahead in the polls by double figures and, as unemployment, repossessions and bankruptcies gather pace over the next few months, they may well go further ahead, whether or not they present convincing accounts of the causes of ‘the crisis’ or plausible accounts of how to get us out of it. (Thus far they have done neither. But they don’t need to. They are like Labour was after the Major recession of the early 1990s: all they have to do is not put their foot into their mouths too often and they will win the next election.)

The Brown-Darling central line is that it isn’t their fault: it was those crazy Americans. Do they really believe this? Even if we accept that the central blame does lie with American banks, are they really unaware that most of those banks are largely based in London (where they receive ‘light touch’ regulation; i.e. almost no regulation at all) and they used many of the British-controlled tax havens – Jersey, for example – to conduct some aspects of their dodgy business? In Brown’s recent speeches about the need for new rules to regulate globalised capitalism, have you heard him mention the British-controlled tax havens, or tightening regulation in the City, or major restrictions on the speculative activities of the worlds’ banks? No? Me neither.

For the moment I stand by the conclusion to my previous entry on this blog: Brown’s aim is to restart the world economy, tweak things a little, and let the City carry on as before. As we can all see this isn’t going to work. It is just beginning to dawn on the London political commentariat that the model of the British economy accepted by the ruling elites of both parties since 1980 – that services (largely the City of London) will replace manufacturing, fishing and extraction – is false, with or without a credit crunch; with or without a global depression. It is just beginning to dawn on them that for twenty years they have not been able to perceive political and economic reality accurately. And, as a result, this country is heading into deep shit.